Constellation 61. Between history and magic

Multimedia show-performance with live video, music and drawing. Documentary flows with archival footage mixed with theatrical and multimedia language to talk about the transformation of psychiatry in the twentieth century. In 1961 Franco Basaglia began his career as a director, at the age of 37, in the asylum of Gorizia which lies forgotten on the border line between two worlds brutally divided by war.

Basaglia's arrival in Gorizia is a shock: the discovery of a scientific scandal and a human reality abandoned on the edge of life. The choice to make is simple: to stay or go. Staying means transforming everything, saying no to violence and exclusion, opening doors, re-establishing relationships, to give a voice back to those who no longer have one. 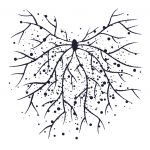